i The Girl with the Dragon Tattoo, Book 1 - narfna
43 Followers
37 Following 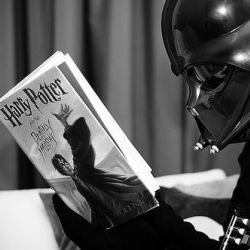 The Girl with the Dragon Tattoo, Book 1 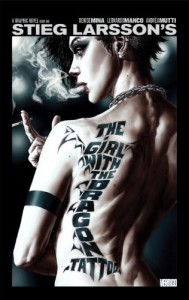 Ugh. Bad characterizations for most of the characters, all of the characters with the exception of maybe Lisbeth look they've stepped out of a 90's era coloring book, and the dialogue (excepting the parts taken verbatim from the book) is AWFUL. But worst of all, Denise Mina has tamed this story to mediocrity. I'm all in favor of changing the story to fit the medium where it's necessary, but Mina seems to have made changes just to make things easier for herself. For example:

• Holger Palmgren doesn't have a stroke. He and Lisbeth visit merrily in the beginning of the story and discuss her new guardian, Nils Bjurman. This means that Lisbeth goes to see Nils Bjurman with someone still in her corner. The whole point of Lisbeth in the first half of book one is that there is literally NO ONE in her corner. She goes to Nils Bjurman because she has to. Moreover, if Palmgren had still been alive (as Lisbeth thought he was dead after his stroke in the books), she would very possibly have gone to him for help as she thought of him like a father. The entire rest of the book makes no sense with Palmgren still an active player.

• She tames Lisbeth down. Instead of her laptop being broken by a mugger whom Lisbeth then chases and attacks back, she gets knocked down by an old lady in the street and the laptop falls in a puddle. She also has Lisbeth nominally socially functional with people she interacts with, giving Plague social advice, actually exchanging words with Bjurman . . .

• When she's on the phone with Bjurman asking for money to replace the laptop, she starts crying, and a black mascara tear streams down her face. This is incredibly out of character. Lisbeth is stoic and badass and does what needs to be done. She doesn't stand out in the snow crying and feeling sorry for herself.

• She then goes grovelling for money from Plague, Mimmi, and Armansky. Again, not something Lisbeth would do.

• Mina skips straight over the BJ in the office and jumps right to Bjurman raping Lisbeth in his apartment. This takes all the agency away from Lisbeth's decision to tape her encounter with him, and if it does turn out that she caught it on tape, that doesn't even make any sense.

• Even in the middle of the brutal rape scene, Mina manages to make Bjurman less despicable by having him treat the rape like he thought Lisbeth wanted him, instead of the real motivation, which was he just liked taking advantage of her, assuming she was mentally challenged. She also makes him seem like a crappy D-movie villain, making him say things like "Are you read to party, gorgeous. Because I like to part-ay." I mean, what the fuck?

• The whole reason the Bjurman/Salander dynamic is so terrifying and frustrating in the novel is that Lisbeth is utterly at his mercy in terms of power, and Mina completely undercuts that dynamic, turning it into one of sexploitation instead.

• Lisbeth would never say things like, "Say hello to my little friend." Seriously? She does not do quippy. Did you even read the source material, lady?

That's not to say Mina didn't get some things right, but all in all, this is a pretty poor adaptation of a much loved story. If I had been a first-time reader, I'm not even sure I would have understood what was going on. Or if I did, cared at all. The bones of the story are all there, she just takes all the goodness out of it. My advice: don't bother.